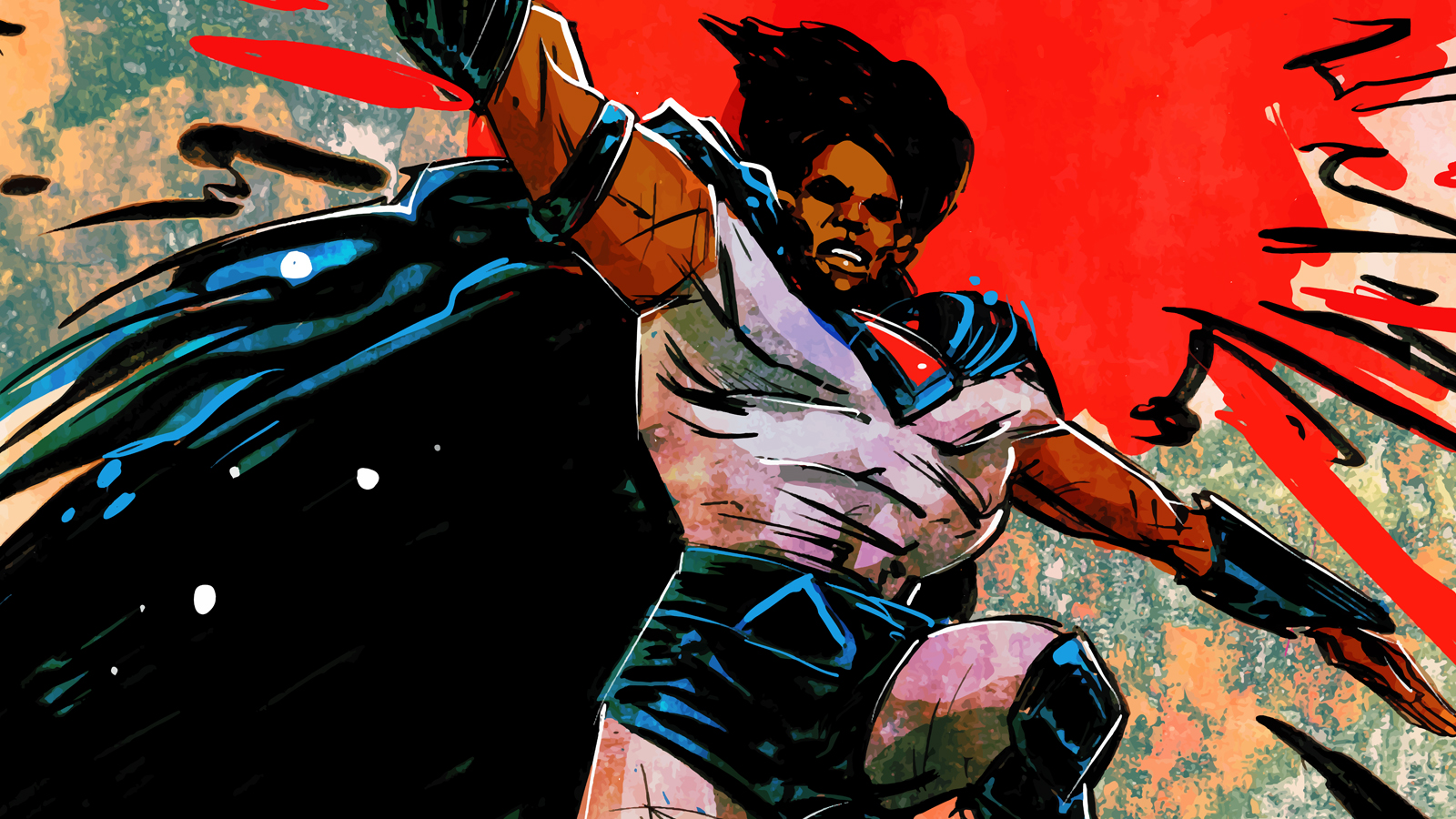 Larry Fuller is a pioneer. He was one of only three Black cartoonists working in the historic Underground Comics Movement in San Francisco and in 1969 he made history by creating one of the first costumed Black independent superhero characters. Ebon was published in 1970 and, although only one issue, the comic was a landmark in Black creative thought, political commentary, and can be seen as a formative work in what is now called Afrofuturism. Black Kirby was totally enthralled with the narrative potential and two years ago they began to work directly with Mr. Fuller to help push Ebon and his world into bold new directions. Black Kirby is a shared pseudonym that is Stacey Robinson (Assistant Professor of Graphic Design and Illustration, University of Illinois at Urbana–Champaign) and John Jennings (Professor of Media and Cultural Studies, UC Riverside). Black Kirby functions as a rhetorical tool by sampling and remixing comic legend Jack Kirby’s bold forms and energetic ideas combined with themes centered around Afrofuturism, social justice, representation, magical realism, and using the culture of Hip Hop as a methodology for creating visual communication.

Join us as Black Kirby and Larry Fuller engage in a lively discussion, followed by a Q&A.

Inlandia Institute is a regionally focused literary and cultural arts nonprofit and publishing house whose mission is to promote literary activity in all its forms throughout Inland Southern California and to celebrate the region in word, image, and sound.